Bursting is a firing mode of neurons in which they respond to and input with a group of high frequency action potentials, followed by a period of relative silence. Many different systems show a burst-firing mode next to a tonic-firing mode. Despite the ubiquity of bursting, the question of the functional properties of bursts remains unknown: why do some systems rely on bursts for their information transmission and what do bursts code for? Bernhard Englitz, Wytse Wadman and me hosted a Frontiers Research Topic about bursting neurons and the role of burst firing. Our review has just been published!

Reliability of spike and burst firing 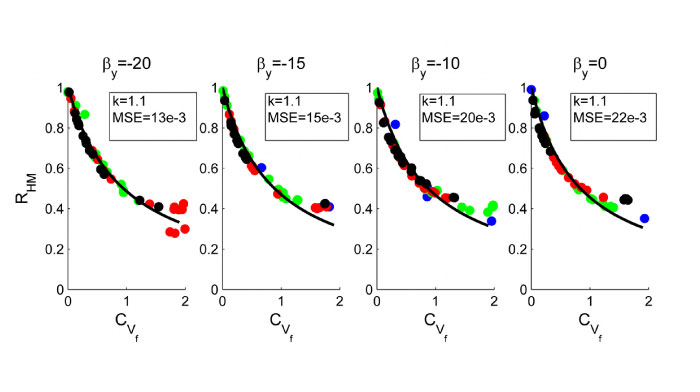 The reliability of the timing of spikes in a spike train depends critically on the steepness of the input-firing rate relation. We investigated this both in a theoretical  Morris-Lecar model with several extensions and in in vitro experiments in thalamocortical relay neurons. A frozen Gaussian noise current, superimposed on a DC current, was injected. The neuron responded with spike trains that showed trial-to-trial variability. The model also allowed to study the contribution of three relevant ionic membrane currents to reliability: a T-type calcium current, a cation selective h-current and a calcium dependent potassium current in order to allow bursting, investigate the consequences of a more complex current-frequency relation and produce realistic firing rates.

Mammalian thalamocortical relay (TCR) neurons switch their firing activity between a tonic spiking and a bursting regime. In a combined experimental and computational study, we investigated the features in the input signal that single spikes and bursts in the output spike train represent and how this code is influenced by the membrane voltage state of the neuron.